From No Man's Sky Wiki
Jump to: navigation, search
The subject of this article is from the NEXT update.
The information from this article is up-to-date as of 28 October, 2018.
This page fills the role of Embassy for a Civilized Space community. The information found here represents a user-created civilization that is a creative addition to the game.

It is located in the Olamba Cluster region of the Isdoraijung galaxy.

The Atlas Civilization is dedicated to: 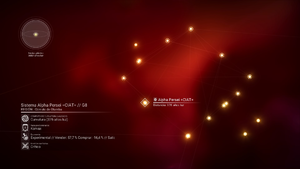 We have 15 solar systems claimed in a diamond-shaped quadrant.

We woke up on an unknown planet, totally lost and disoriented, unable to remember anything of our lives. Looking around and trying to understand what was happening. Wondering who we were and what we did there so lost.

After taking our first steps, struggling to survive every moment, we discovered a spaceship, the spaceship with which we managed to get away from that unknown planet. Trying to look for something that gave meaning to our lives, something we did not even know it was...

We learned to jump between the stars, each time more distant, at first traveling hundreds of light years, then crossing thousands of stars to another, thanks to the advanced technologies that we discovered throughout the universe. We followed our way alone, visiting planets with different animals and vegetation, others that were dead, without remembering and totally lost.

With the passage of time we met other beings from the universe, the Gek, the Vy´keen and the Korvax, but none of us accompanied and practically did not understand their languages. Nobody explored the immense universe with us and we thought that we would never find what we were looking for...

After a long time we finally crossed paths with another being on our way, it was very strange, like everything we saw. A being of energy that soon disappeared, was moving, flying, approaching without being able to do anything with him, without being able to speak to him or ask him about his life and his discoveries throughout the universe.

Many of us looked at the center of the galaxy, attracted by the light that that star gave off and the curiosity of what was there. Luckily when we finally reach the center, risking the unknown, death, leaving the body and life that we found when we opened our eyes, we learned to travel to other galaxies.

We went ahead, exploring galaxies, learning all the secrets of the universes and at the moment we least expected them, another being appeared. We do not want to believe it, what we expected so long, we greet each other as we get off our spaceships, we talk, we meet and we start traveling together. We were reuniting, creating a large group of travelers until we reached the galaxy 19, in it we decided to create our home and continue to advance technologically thanks to the wisdom of the oldest travelers. Getting to be a civilization with the highest economic and technological levels known by the universes.

If you are interested in being part of our civilization add El_Maxito_ESP or TURAZA92 from PS4. They will answer you as soon as possible. 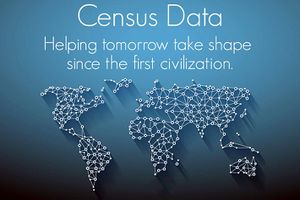 NOTE: This page is for arrivals to the =CIAT= Atlas Civilization in the Olamba Cluster region located at 07F9:007A:0801:003B in the Alpha Canis Mayoris =CIAT= solar system.

Do not wait any longer to join!

Let's join forces so that all civilizations have content in the universes of No Mans Sky.

We propose the creation of a Federation of United Civilizations in which all civilizations are.

If you are interested in being part of this movement leave under this writing the name of the civilization and the founder or founders. It is possible that all civilizations together have the opportunity to receive content. Thank you!

The government structure within the Atlas Civilization is directed primarily by the two founders, El_Maxito_ESP and TURAZA92.

Both founders are part of the Council of the Ancients along with fourteen other members. Known as The Sixteen.

In the Council of the Ancients the most important matters of civilization are debated.

The exploration groups have as mission to find solar systems of technological interest. At the controls of the most advanced spacecraft known, looking for multi-tools and S technologies for different universes. They also attend The Sixteen when they need to explore specific solar systems.

For the defense of their territories, the possible great war with the expansion of the PvP and the FREEDOM OF ALL CIVILIZATIONS, the Atlas Civilization begins the formation of its army.

The army of the Atlas Civilization is formed by the volunteer members and the combat groups. They may be required to do specific missions that command The Sixteen.

The combat groups are part of the army and have as mission to protect the members of the Atlas Civilization. They can also make pvp matches on land or with spaceships following the rules.

-Main charges within the army:

Rules for this civilization:

Members can register new systems ¨System name=CIAT=¨ only to found an embassy, provided it is not Isdoraijung and fulfilling the following requirements: