AGT Cel-Agreglo XIII is a star system in No Man's Sky.

AGT Cel-Agreglo XIII is a star system in the No Man's Sky universe.

By PC explorer Celab99 on 18 Feb 2020. It was explored and first documented by CELAB Galactic Industries. 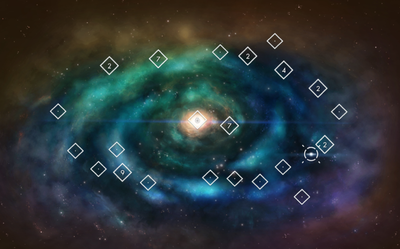 The system was originally highlighted on 2-Feb-2020 by Rasmus Keldorff (@RazorMouse on twitter) in the two tweets after its discovery on the PS4:
Original Tweet
Portal Glyphs