AGT Cel-Arzamak is a star system in No Man's Sky.

AGT Cel-Arzamak is a star system in the No Man's Sky universe.

This system features a Black Hole that connects to AGT Cel-Kamanan-Hek. 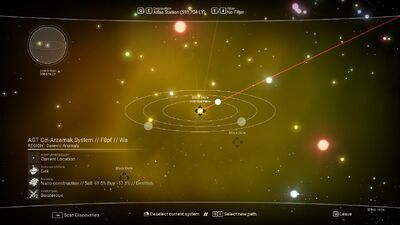 This system was explored by CELAB Galactic Industries.