AGT Cel-Midway is a star system in No Man's Sky.

AGT Cel-Midway is a star system in the No Man's Sky universe.

This system features an orbital base by CELAB Galactic Industries.

By PC explorer Celab99 on 28 June 2019. It was explored and first documented by CELAB Galactic Industries. 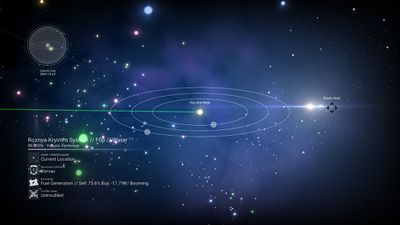