AGT Cel-Nunsiylva is a star system in No Man's Sky.

AGT Cel-Nunsiylva is a star system in the No Man's Sky universe.

This system can be reached by a Black Hole in the AGT Cel-Iaraca XI system. 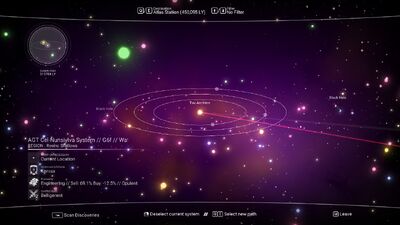