AGT Cel-Wallege is a star system in No Man's Sky.

AGT Cel-Wallege is a star system in the No Man's Sky universe.

It features a Black Hole with a destination target of AGT Cel-Matang-Ria in Olwalb Void.

By PC explorer celab99 on 2-Jul-2019. It was explored and a claim documented by CELAB Galactic Industries. This system is part of the AGT. 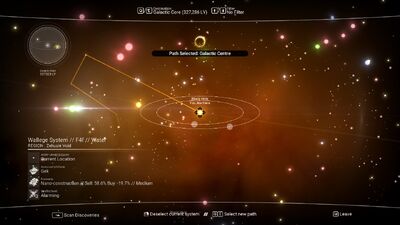