AGT Eimitid-Opal IX is a star system in No Man's Sky.

AGT Eimitid-Opal IX is a star system in the No Man's Sky universe.

By PC explorer greendroid in the early NEXT era. 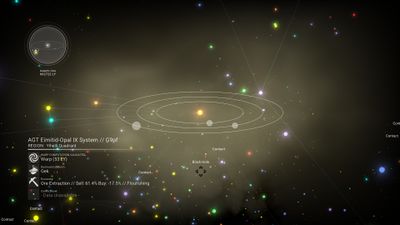 The following items are available at the Galactic Trade Terminal:

A C-class 18 slot Unitog's Impulse silencer Multi-tool was found at this merchant.