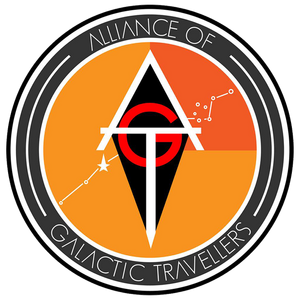 The AGT Natal Waterworld Colony Initiative is an initiative announced to encourage development of a community waterworld by the Alliance of Galactic Travellers.

Natal sits within our capital region of Yihelli Quadrant in the AGT Seer’s Mirror System - and we cordially invite you to join us in creating a floating and thriving community on the ocean’s surface.

What can you build?

Any style of build you want and any size of build you want. However whatever you build must sit on the surface of the water and there must be a minimum 500u between your build and any other player’s base computer.

PS4 colony is underway. If you need a ride to Yihelli Quadrant then please comment below and we will do our best to help with a lift.

PC and xBox colonies are also encouraged - and if the system is not already named then please contact me so that we can ensure consistent naming across all platforms.

We look forward to your company on Natal’s rolling oceans!

The announcement was made on 21-Apr-2020. Zazariins announced on the groups primary information channel, the Facebook group that the AGT Natal Waterworld Colony Initiative is to proceed, and a system had been selected in the PS4 Euclid galaxy. The Xbox and PC members of the council agreed use the mirror twin of the selected system.

The selected system and planet are as follows, depending on the platform environment: