AGT Veil of Sheba is a star system in No Man's Sky.

AGT Veil of Sheba is a star system in the No Man's Sky universe.

The system was explored by the Alliance of Galactic Travellers.

By PC AGT explorer AGT Ellen Stardust early in the NEXT era. It was subsequently explored and first documented by CELAB Galactic Industries. 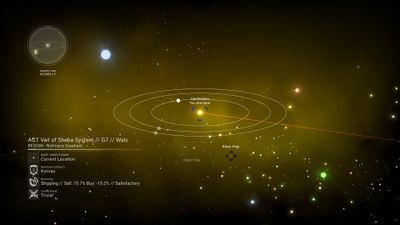