From No Man's Sky Wiki
Jump to: navigation, search
The subject of this article is from the Synthesis update.
The information from this article is is up-to-date as of 18 February, 2020.
This page fills the role of Headquarters for a Company organization. The information found here represents a user-created company that is a creative addition to the game.

Aipex VIII Ship Works produces both military and civilian starships, speciallizing in fighters and haulers such as:

See the Catalogue for a full list of ships 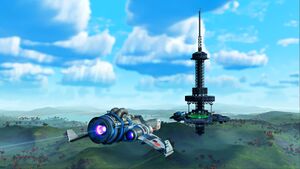 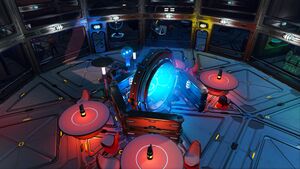 Aipex VIII Ship Works Corporate Headquarters are located on planet Sha'Rakkis in the Mako system. The headquarters facility is open to the general public and includes the following: 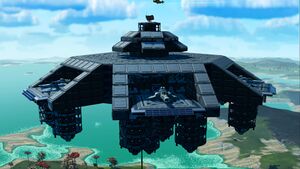 Aipex VIII Ship Works Velox Manufacturing Facility is a 6 manufacturing bay facility currently under construction on planet Velox in the Skolodon system. It is slated to produce the following fighers:

NOTE: specific construction modules are purchased through our sub-contractors and can be referenced on the Fighter Parts Catalogue page.

The Aipex Armada can handle anything from hunting down wanted individuals to toppling corrupt regimes.