The Allied Armed Forces are a branch of the Explorers Alliance.

The Allied Armed Forces are the military, development, and peacekeeping organization of the Explorers Alliance.

The AAF serves to protect the Alliance, to chart new territory, and to keep the peace within the galaxy. Operations are classified, however the AAF is expanding with the increased development of the Explorers Alliance.

Applications can be made here: 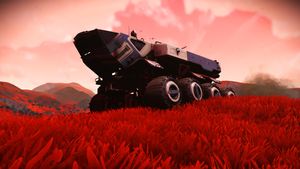 The Army focuses on planetary combat and operations, Garrison management, and communications/construction management. During combat and peacekeeping operations, units are dispatched either as individuals or a multi - person squadron. These then make up larger organizations, including the Battalion, Regiment, and Field Army. Each of these is headed by an appropriate leader, usually a Corporal for squadrons, Sergeant for Battalions, Captain for Regiment, and the council controls the Field Army. The Field Army is comprised of all active troops in a region, and is generally managed by the Colonel, however all council ranks have oversight of the field army.

The Navy focuses on combat in space, and is generally organized various minor Freighter captains, led by an Admiral. Navy operations also include fuel and supply transport. It is a critical asset in supplying frontline operations in any combat scenario.

The wanted list of the AAF is a list of individuals wanted for crimes against the Explorers Alliance:

The position of Commander in Chief is occupied by the leader of the Alliance. They have the sole power of issuing invasion orders, force wide commands, and launching initiatives. They plan and organize cooperative efforts between all of the force.

This position is occupied by the Alliance's second in command. They serve as an assistant to the General, and administer day - to - day functions of the military.

The Lieutenant General is the general expert on all missions and operations in the Armed Forces. They take orders from above and designate units to different operations during missions.

Colonels focus on managing troop expeditions, training programs, and other military endeavors. They also serve as a battle planner and resource specialist during combat situations.

Admiral is the first rank included in the Alliance Council. They oversee the Navy operations of the Alliance, and are the leaders of the Fleet when there is no superior officer onboard.

Private is the first official rank in the AAF. They investigate different threats, engage in combat, and research and deploy weaponry.

Recruits are in training to become a soldier in the Armed Forces. Once they complete training and education phases of the recruitment process, they are promoted to Private.