Amaterasu is a star system.

Amaterasu is a procedurally generated star system in the PC universe of No Man's Sky. It is controlled by the Vy'keen.

Amaterasu is the common name for the star in the PC universe. It is named after the Japanese goddess of the sun.

All planets and moons in this star system are named after deities from Japanese mythology. 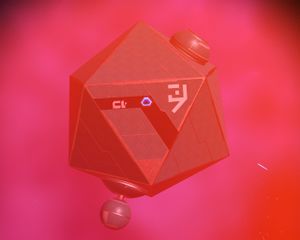