Aptarkaba is the 12th galaxy in the No Man's Sky universe.

The Fade and Galaxy Centre are fundamental parts of every galaxy. In Aptarkaba, the centre appears to be Sky Blue.

As of Atlas Rises, this is now the second Ancestral galaxy. It appears to have fewer lush planets, and a higher proportion of Desolate/Forsaken biomes than a regular galaxy. As a result, exotic planets may be more common here. 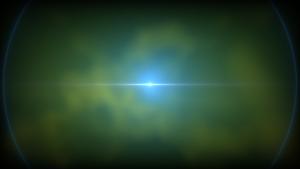