The Arcsinx Nexus is a civilized space community. 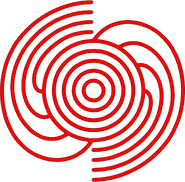 The Arcsinx Nexus is a union of systems galaxy-wide. The Nexus is an old Federation member, originally under the name Galactic Network of Systems and member of the fouding seven in the Intergalactic Coalition of Civilizations. It became difficult for the leaders to keep the civilization organized and put off strife, so it rebranded to show change and a new era for the civilization.

Their origins and goals are kept classified, however they first appeared as the research group Old Network near the end of the conflict between The Bez-Harr Concern and the Galactic Empire of HOVA as a safe haven for neutral systems wanting to escape the war-torn Hub.

The Arcsinx Nexus has a confirmed presence in the Hilbert Dimension, however contact has been lost with the interlopers in said galaxy.