From No Man's Sky Wiki
(Redirected from Atlas Station)
Jump to: navigation, search
The subject of this article is from the ExoMech update.
The information from this article is is up-to-date as of 10 June, 2020. 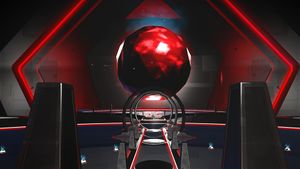 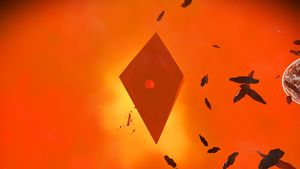 The Atlas Interface is part of the Atlas storyline.

The Atlas Interface is a remnant of the Atlas and part of the Atlas storyline. There are a total of 11 Interfaces associated with The Atlas Path mission, which can only be completed once.

After visiting the first Atlas Interface, you're provided with quest information about obtaining Atlas Seeds. As you progress through the quest, you will gain a blueprint for 10 Atlas Seeds. Each seed is a required component to craft the next seed.

Once you obtain the last seed blueprint, on your next Atlas Interface visit you will be required to have the final seed, Heart of the Sun, in your inventory (which is not consumed after completing the Path). You may choose to do nothing or create a new star in the No Man's Sky Universe. Both choices will enable you to detect Black Holes within the galaxy via the Galactic Map. 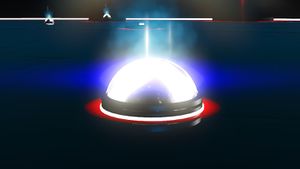 The last number hereby refers to the same portal system ID, just with an extra 0 to fit the signal booster format.

External link with full text dumped from version 1.37 ("Alien" quotes are written in the Atlas language).