The Black Cloud Commonwealth is a civilized space community.

The Black Cloud Commonwealth is the main governing body of Hurenima. Its name comes from the dark cloud that surrounds all of the region. It is the current ruling party of the region, ensuring the peace, protection and prosperity of everyone. For the longest time, the party has ruled the region, bringing it to high levels of peace and prosperity despite being completely locked in by a very powerful dark cloud of dark matter and dark energy.

The Black Cloud Commonwealth's government is a Democracy with a twist. While there is a ruling party consisting of 7 members, one from each sub-region, the member from the Filmurakh District is the de facto leader. Below it there is a senate, congress and lower forms of government. All government officials are elected by the masses. However, voters from different systems have different weight, with voters from more peaceful systems, regardless of economic status, having more weight than those from more hostile systems, again regardless of economic status.

The Black Cloud Commonwealth has a fully isolationist policy, having believed for the longest time, nothing can go in or out of the dark cloud that surrounds the whole region. Even with Ezegnegch's arrival, it still remains fully isolationist. While Ezegnegch's proposal to explore the outside world is granted, it is done in a highly covert manner, preventing all outsiders knowledge of the region.

A powerful army serves the Black Cloud Commonwealth, built and geared for invasions coming from outside. There is a seemingly endless variety of star destroyers, carriers, capital ships, titans, starships, exocrafts and races in the army, taking into account the infinite possibilities and probabilities of who or whatever decides to pierce through the cloud and invade the region. For the longest time, they serve to ensure the peace and prosperity of the region, acting as an inter-regional police force.

With Ezegnegch's arrival, the entire army is currently going through a massive upgrade, as everything within their arsenal will be built to withstand repeatedly going through the powerful forces of the black cloud. 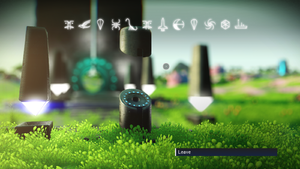 Ezegnegch, frustrated with how the government and the people of Hurenima violently refused to shelter the Kinderkin he rescued, has revealed the location of the region and its capital planet in an act of vengeance. He also stole one of the region's Otsunomae-Class Titans and escaped, along with the technology he provided to get in and out of the dark cloud.