From No Man's Sky Wiki
Jump to: navigation, search
This page fills the role of Embassy for the Black Star Order Civilized space community.
The information found here represents a user-created civilization hub that is a creative addition to the game.

The Black Star Order is a civilized space community.

The official flag of the BSO. 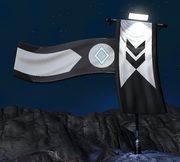 The Black Star Order is a Civilized space HUB community, located in the Tejeti Cloud region of the Euclid galaxy.

A religious and military order; the BSO exists to bring civilization in the unknown regions of the Euclid galaxy and to spread the Cult of the Black Star, an agnostic religion that do not believe in good or evil, but considers everything "relative". Despite this controversial belief, the Order is not a criminal organization, but promotes exploration, the search of knowledge, and peace among civilizations.

The most significant events in the history of the Order are documented on a dedicated page. All these events are classified as canonical:

The Cult of the Black Star

The Cult is the founding ideology of the Order. It's based on the idea of the "Relative Reality": everything is purely relative, there's no good or evil, but just interpretations of reality based on our education and culture. Maybe someone sees something as "negative" and another one as "positive", but those are all artificial constructs of our mind that, in order to maintain our primitive concepts of "safe for your life" and "not safe", creates the Good and the Evil, Familiar and Alien. The Cult promotes the secession from these prehistoric constructs, accepting the reality as "Nothing and the Opposite of Nothing", all equal and all unequal, and encourages its disciples to live their life as they think it should be lived, without judging other's life or ideas. Otherwise, nobody knows the truth behind the universe or reality, so the Cult accepts the perspectivistic way of thinking.

The Cult adopted the Black Star as its main symbol to represent this paradoxical conception since it is a Star that does not emit light but absorbs it.

The main religious, civil and military festivities of the Order, a true cultural heritage of the BSO, are listed below. These make up the Black Star Order Festivities Calendar:

Here we are, riding the stars

Here we are, riding the stars
Once we were there, curing the scars
Of our brothers and sisters
Who've embraced the muskets
And dueled with death

The enemies came, the enemies fought
They came to destroy, they'll have what they want
But we won't retreat, we won't surrender
We'll fight to exist, we'll fight till the end
To honour the Star

A Black Star Order dirge to the fallen. Celebrating the honored dead of the Count's Guard, in service to the Count of Serenno in the Mul'kan War. Who, to a man, volunteered to remain behind to ensure his passage to safety. They would not yield a single inch of land that was not soaked in Vy'keen blood until they received word that he was safe. They then embraced death and fought like gods to the last. They died with honor and distinction, a pure death that only a favored few in the hallowed halls of the dead are afforded. Remember them. Because I assure you, the Vy'keen do.
By Unknown soldier of the BSO

"Sparrowhawk of Destruction", the official uniformed starship of the Black Star Navy 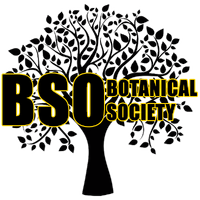 The Constitution is the fundamental law of the Order, which regulates the organization and functioning of the BSO:

The Codex is the specific law that regulates the functioning and organization of the Black Star Navy, one of the two branches of the BSO Armed Forces:

After the approval of a reform project of the Order, every naming guideline is abolished. Members are now encouraged to not modify the Star system's original name. This will help avoid any discrepancy between different platforms or server problems. The systems renamed using the old naming guidelines are classified as The Founding Stars. Anyway, members are free to rename star systems and planets if they wish.

All official and honorary citizens of the Order are listed in the Census - Black Star Order page.

The Black Star Order maintains alliances with the following organizations:

The Black Star Order is active on the following social networks: