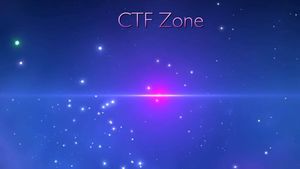 The CTF Zone is a group of regions.

The CTF Zone is an area of ​​space formed by several regions (currently 16) interlaced with each other forming a cluster of spirals around the central region in a radius of approximately 2000 light years.

This zone is located in the Alpha quadrant of the Calypso galaxy. The distance to the Galaxy Centre is 143,192 light years.(approximately). The central region is the reference point.

The CTF Zone is where Calypso Travellers Foundation has been established its new Capital, the AGT Foundation Star CTF star system.

The CTF commander base and all of its new discoveries are located in this area of ​​the Calypso galaxy.

A peculiarity of CTF Zone is that it is located in an area where the color of the space changes. The central region "Jathsenge" is located right in the central fringe of CTF Zone, where the color of the space changes from red to blue. The upper area of ​​"Jathsenge" is bathed by red .. the southern area of ​​the region is bathed in blue, as the rest of the regions of the southern fringe. The regions of the north fringe are bathed in red..and those located further north, bathed in reddish yellow.

As an additional landmark, the CTF Zone is located 8,000 light years away from the Old CTF Sector in the direction to the Galaxy Centre.

All CTF Zone regions have been purposely chosen without compound name or suffix.

In each region of CTF Zone there is located a black hole as a Capital system of each region, named with the original name of the region and the definition of "Hole" and with the prefixes and suffixes of AGT / CTF.

(From north to south)