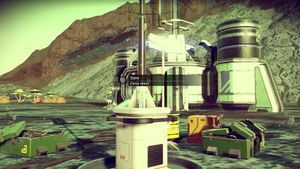 A Waypoint in front of a Transmission Tower 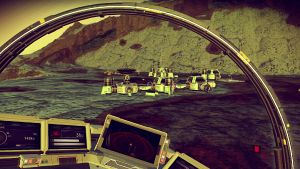 A three-structure camp: a Minor Settlement (back right), a Transmission Tower (back centre) and an Observatory (front)

A Camp is a Point of Interest.

Camps occur when two or more Points of Interest generate in close proximity to each other on the surface of a planet. Camps, which almost always generate with Waypoints, are on safe grounds and usually Sentinels will not appear in or near camps.

Uninhabited camps always include a Shelter (a pair of tube-shaped structures) as well as one or more of the following uninhabited Points of Interest: Holo-Terminus, Observatory.

Inhabited camps always include a Minor Settlement (a building equipped with a single physical Landing Pad). as well as one or more of the following inhabited Points of Interest: Transmission Tower, Observatory.