A Communications Station is a means of leaving brief messages for other players. 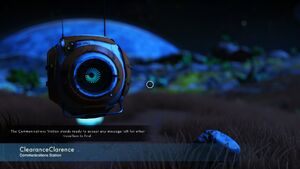 Preparing to create a message 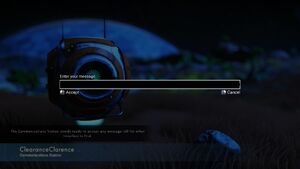 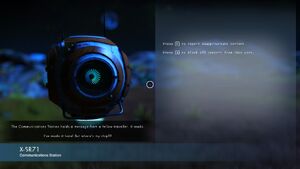 A Comm Station provides a way for a player to leave a message for other travellers to find. These messages cannot be lengthy, but they do provide a way to let other players know you exist.

A terminal for the composition and transmission of messages to other travellers.

Communications Station can be built using a blueprint and the following ingredients:

An entry box will then be displayed, requesting that a message be entered. If the message is accepted, it will be stored in the comm station for future reference.

It is also important to note, that a Communications Station with an already stored message could not be deleted by the player in normal circumstances and functions as a permanent building item (like eg. the Base Computer)!