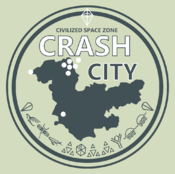 Crash City is a player base.

Crash City has been the capital of Oxalis since Living Ship and is located on an archipelago in the Tidea Sea. The City was founded during Visions and was divided into safe walk-in buildings and crash zones until Beyond.

The Harbor Hotel is a branch of the Oxalis Hotel Chain and has 7 rooms and a wellness area. The Gallery is located on the island of Sodal. There are currently no exhibitions.

The Castle was a retreat for citizens of Crash City during the crash period. 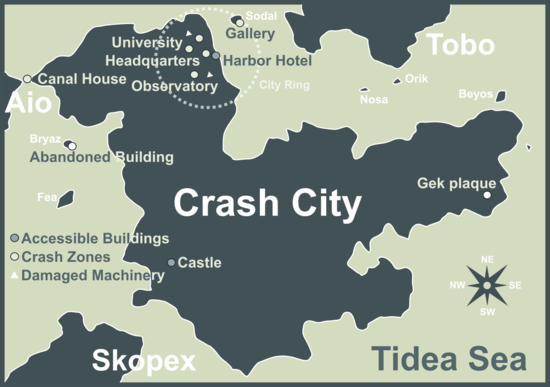