Dagon Ur is a star system in No Man's Sky. 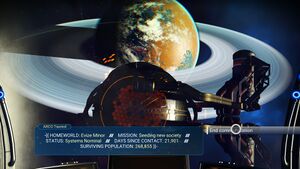 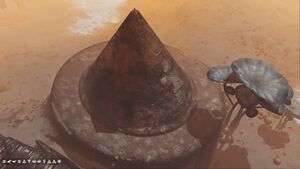 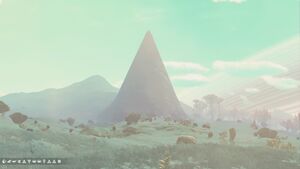 Dagon Ur is a star system in the No Man's Sky universe.

In the system there is an Emergency Civilisation Shelter Pod that can be spawned pulsing toward planet Bugg-ssash. Even if the system is uncharted, in the Pod there is a population of 268,855 individuals of unknown faction, that are presumably in stasis for around 60 years. The pod was launched from planet Evize Minor, location unknown. Probably the pod itself is a failed civilisation attempt, also considering it is stationed in orbit of the planet with a Lush Biome.

The system sports two Eden Worlds: the Mega Exotic Yuggoth and the Lush Bugg-ssash. Both planets present conical hat shaped rock formations that seemed artificial, but after a closer inspection they are considered of natural origin, presumably volcanic. The fact that these formations are present in both planets is rather peculiar. 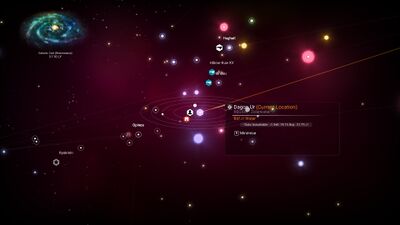