Desert is a planet. 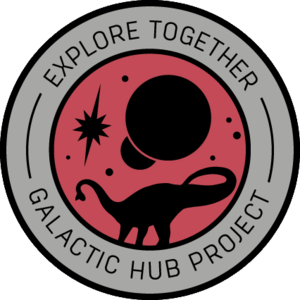 Desert is a planet in the star system HUB-K-60 Iedalidulumidin VI of No Man's Sky universe.

It's a typical spadonium / desert planet with no special attraction. If you just want to fill your supply of Emeril or Antrium in a decent atmoshphere, then you should probably visit Desert.

The fauna is moderate and mostly harmless. Desert has a temperature of about -1° Celsius at daytime, in the night it cools down to -56°. A storm probably never happens, at least it is extremely seldom.

FJRMaverick put a communications station nearby a shelter called Liverl Plains, which has a landing pad and a galactic trade terminal. You can find a lot of Emeril and Antrium nearby. The multi-tool sold here is not worth talking about.

Just around the corner (about one and a half minute) in the Iagorya Badlands you can find an Abandoned Building.

A footway of less than 4 Minutes away, you can find Repor Outpost, which has a landing pad, a galactic trade terminal, an observatory and a transmission tower. The same multi-tool as in Liverl Plains is sold here.

This high density of buildings in some areas seems to be common for this planet, so further investigation may be necessary. 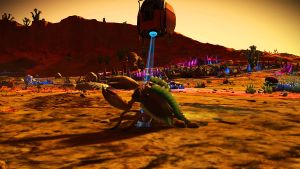 Beware of the stalking Cotatoe Piumes, they are not very dangerous, but very fast and therefore sometimes difficult to shoot at.