The Empire of Pirates and Independent Cartels (EPIC) is a member of the Civilized Space community.

The Empire of Pirates and Independent Cartels (EPIC) was founded and created by DeepSikz and co-conspirators Sikzrayne and DaleTheDinosaur as a not-too- Civilized space community.

EPIC is a small but FUN community that allows a bit more freedom from naming protocols and conventions. No "inner circle" stuff here! We invite ALL who dare to step aboard to join us in our adventures as we set sail into Uncharted Waters to discover new worlds, new adventures, and new Treasures! Newbies especially welcome! And cool free T-shirts! See Info below!

Though our goal is a very localized community mix of roleplay combined with in-game events and activities. we are open to however this COMMUNITY evolves! We are hoping to recruit MORE Pirates, Buccaneers, Privateers and Corsairs to aid us in our mission: Freedom and Liberty to roam and pillage; to plunder and take what we like from our personally and privately held Real Estate without needless hamstringing of Government.

But we abide by the Pirate Code. For we brave few, Glory and Honor are the Cutlass-and-Pistol of the true Buccaneer. Each Pirate-Traveler's RIGHT to operate their Society or Kingdom autonomously will be observed scrupulously without mandatory rules and regulations beyond the agreed-upon Articles of Agreement. And each crew member gets an equal share of the TREASURE!

Looking for HIGH ADVENTURE on the GALACTIC SEAS??

JOIN US. We're always on the lookout for new Captains in their own right to join the EPIC ARMADA. 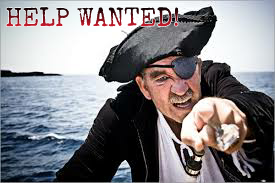 Get Connected with Us[edit | edit source]

EPIC Census Page: sign in so we know you're here 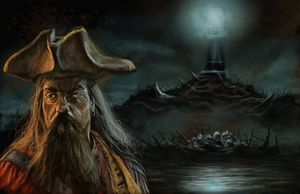 For a FanFiction backstory on our founder, Edward Teach, look no further than this musty tome.

What We Are[edit | edit source]

What We Are Not[edit | edit source]