EndOfTheLine XVII is a star system in No Man's Sky.

EndOfTheLine XVII is a star system in the No Man's Sky universe.

It is notable due to its being the closest system in this region to the Galaxy Centre. There are numerous bases on the systems' planet.

By PC explorer kaelsidhe in 2016. It was explored and documented on July 8, 2019 by CELAB Galactic Industries. 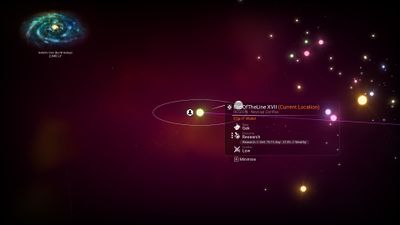 This star system can be used to enter the galactic center.