Erchern is a star system in No Man's Sky.

Erchern is a star system in the No Man's Sky universe. 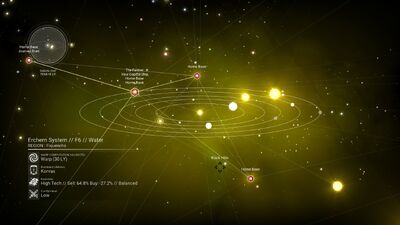 A Class B-21 slot Heavy Waveform Auditor Multi-tool was found at the Space station.