There are multiple game-release versions of the Euclid galaxy page.

Euclid is the first galaxy in the No Man's Sky universe.

Euclid is the 1st galaxy in the No Man's Sky universe.

The Fade and Galaxy Centre are fundamental parts of every galaxy. In Euclid, the centre appears to be white.

All players initially spawn on a randomly chosen planet within this galaxy. 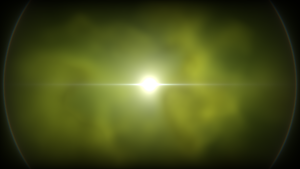 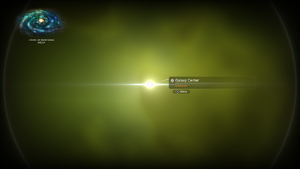 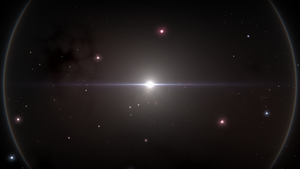 Based on studies done by the Forgotten Colonies, the Euclid galaxy follows a symmetrical build. Its length and width both end at 819.000ly from the centre with the last systems in a radius of roughly 500ly being "unreachable" before they fade out. This anomaly is referred to as The Fade.

The galaxy is circular with four non-rotating spirals in wedge-shape at 45°,135°,225° and 315° respectively. Euclid is definitely not a sphere, but is build after its real world counterpart like a plate. This also explains why a further multiplier of 16 for the glyph sequence is not needed, it lacks exactly that detail in height.

Due to the glyph system a rough estimate of all regions can be calculated. The formula is the glyph region ID combinations minus the centre sphere combinations:

The closest documented stars include:

The furthest documented stars include:

Since it's the starting galaxy of every player, the large majority of player-created civilizations are bound to this galaxy.

NOTE: Bonesenk Cloud is the home region of EPIC

NOTE: Micelengy Terminus is the home region of Republica Galactica

This galaxy is commonly referred to as 'Euclid', but when you look at the galaxy map, it is called 'Euclid Galaxy' as opposed to most other galaxies which don't have this term attached.