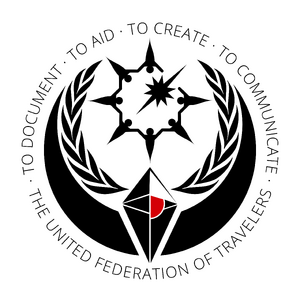 The Federation Vexillology Department is a department of the United Federation of Travelers.

The Federation Vexillology Department (FVD) is a department of the United Federation of Travelers created for the purpose of recording which color and pattern combinations of in-game flags and banners correspond with certain civilized space zones.

The goal of the FVD is to provide another aspect of shared civilized space identity: all players of a civilization could fly their civilization's flag at their base, for example. There are 64 flag combinations and 48 banner combinations.

Only civilized space zones that have updated their embassy page since Living Ship are considered.