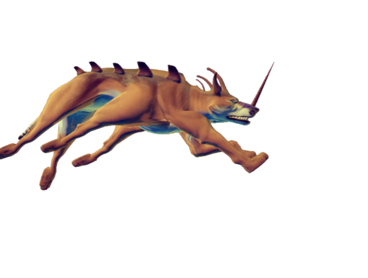 Felihex is a genus of fauna in No Man's Sky.

The word is a combination of the words Felidae (cats) and hexapod (six legged). Generally referred to as "six legged cats," "hexapod dogs," or similar terms, this genus is essentially identical to the Felidae genus but with six legs. Not to be confused with the Hexungulatis genus, which is comprised of six legged cows.

Felihex only has one major variant.