Festorma is a star system.

Festorma is a star system in the Gamma Quadrant of the Euclid Galaxy. It is also the initial system of the Seclanja Quadrant region.

The system is under supervision of Engineering Entity Uzia. Despite being under control of the Korvax, the system is in terrible shape despite their 'superior' administration. It is neither isolated, dangerous to land nor under immense threat of piracy, yet the trade based economy is about to collapse. The system is a clear proof that even the Convergence can be wrong in its analysis as there is little proof of outside influence in its downfall. Its security is MEDIUM!

Aboard the space station the Korvax offer visitors access to their botanic garden and recreation facilities. 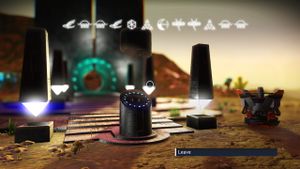