Fetianova Gateway - AH is a star system in No Man's Sky.

Fetianova Gateway - AH is a star system in the No Man's Sky universe.

It has a high voltage economy and unthreatening conflict levels. It contains 2 toxic rain planets, one of which has two top-5 zoology wraith/snake discoveries. It is one of the installed gateway systems, named for the region for which it borders.

Vendor sells a total of 19 Antimatter. An excellent place to stock up and create Warp Cells. See image gallery below. 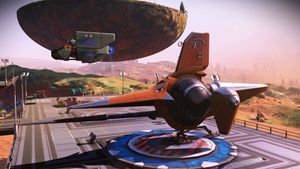 The Areyameg S84 has been added to the Starship Catalogue - Exotic and is available at a trading post. The actual model number of this ship is the Areyameg S84.

Located at the border of the Fetian region. 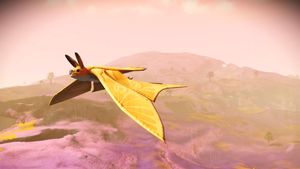 The smallest known bird in NMS version 1.3 to date.