From No Man's Sky Wiki
Jump to: navigation, search
The subject of this article is from the Living Ship update.
The information from this article is is up-to-date as of 6 April, 2020.
This article was catalogued by the Galactic Hub. 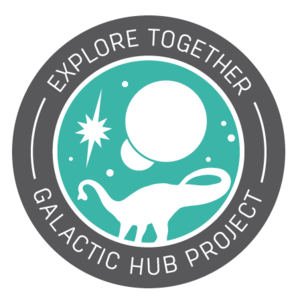 Subproject 2: Nimbus - Weather Research, or just Subproject Nimbus, is the second official Subproject of the Galactic Hub Project. Initially launched in May 2017, the subproject was rebooted in April 2020.

The purpose of Subproject Nimbus is to understand the effects of weather in No Man's Sky.

Initially, it may seem that the game itself tells us all we need to know about weather. However, a greater understanding of weather in NMS may help with the creation of a No Man's Sky weather app. Perhaps not necessary or particularly useful, but still an interesting pursuit for some Interlopers.

Regarding the sections which refer to "Time of Day" or "the clock": using the dedicated Photo Mode or the time in the Analysis Visor, travelers are able to check the local time on a planet. Just enter Photo Mode, and then the first category in the "Scene" tab will be "Time of Day." Note that this is sometimes buggy. You may need to "Restore Defaults" and then enter and exit Photo Mode to get an accurate reading, particularly if you've moved the sun around. For this reason, checking the time in your Analysis Visor may be a better option.

All weather data is recorded in a spreadsheet, which will later be made available to the public and turned into graphs. Contact 7101334 for editing permission.

For the purpose of this research, planets are divided into the following classes, based on the in-game Biomes:

It would be useful to know the exact temperatures when your exosuit shields activate. It's currently unknown if it's constant between all planets, or if different biomes (or even weather types) all affect the exact temperature that your shields activate. Additionally, these would be useful markers on graphs of the previous goal's results (hourly weather).

This one is pretty self explanatory - measuring the temperature of bodies of water, and possible related factors (highest planet temp, lowest planet temp, planet type, planet weather). Jump in, wait for your exosuit temperature to remain constant, and take a reading. Note that water temperature does vary throughout the day on a cycle, just like air temperature, although the change seems to generally be much smaller.

Ask 7101334 for access to the spreadsheet to add your results and view the results of others. Eventually, they will be turned into graphs and shared publicly.

What temperature, radioactivity (RAD), or toxicity (TOX) level did your shield activate at? How many "arrows"? What type of planet?

NOTE: Although radiation levels are displayed on various planets, only radioactive planets will activate your radiation shields at this time. As such, it is not necessary to record Planet Type for this chart.

NOTE: Although radiation levels are displayed on various planets, only toxic planets will activate your radiation shields as of Living Ship update. As such, it is not necessary to record Planet Type for this chart.

What temperature did it activate at? How many "arrows"? What type of planet?