From No Man's Sky Wiki
Jump to: navigation, search
The subject of this article is from the NEXT update.
The information from this article is up-to-date as of 28 October, 2018.
This page fills the role of Embassy for a Civilized space community. The information found here represents a user-created civilization that is a creative addition to the game.

The Galactic Empire of Hova is a civilized space community.

During Atlas Rises, this empire was part of the Federation. It later withdrew some time prior to the Visions era. 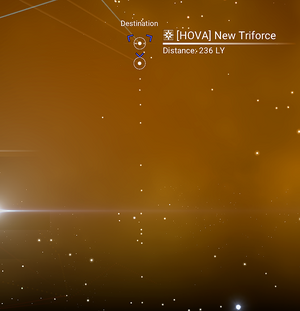