From No Man's Sky Wiki
Jump to: navigation, search
The subject of this article is from the Visions update.
The information from this article is up-to-date as of 13 August, 2019.
This page fills the role of Embassy for the Galactic Hub Budullangr Civilized space community.
The information found here represents a user-created civilization that is a creative addition to the game.

There are multiple game-release versions of the Galactic Hub Budullangr page.

The Arm of Mupkean Region

Upon reaching the Galactic Hub Budullangr, please sign in:

Get in Touch With Us[edit | edit source]

Detailed Racing League info and League Stats and Leader board. This Info will be Galaxy wide in scope.

These items are located outside of the BHUB regions; however, all are supported by this civilization. 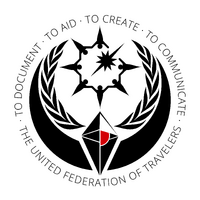