From No Man's Sky Wiki
Jump to: navigation, search
The subject of this article is from the Living Ship update.
The information from this article is is up-to-date as of 6 April, 2020.
This page fills the role of Embassy for a Civilized Space community. The information found here represents a user-created civilization that is a creative addition to the game.

The Geknip Gang Hub is a civilized space community.

We're a group of gamers (viewers AND streamers) from ALL platforms (YouTubers and Twitchers alike! PC? PS4? XBox? Sure!) and locations around the world who all banded together originally through a mutual love of No Man's Sky, but enjoy playing and streaming other games as well.

We've established a Hub in multiple modes and multiple platforms as a place for all Geknip Gangsters to congregate and work on building fantastic bases and discovering new planets and creatures in No Man's Sky. All are welcome. Find us.

This civilization is a member of the United Federation of Travelers.

Please establish your base in an uninhabited system when you arrive to avoid any overlapping of other players' bases in the system. Contact us on Discord or YouTube with your system name and coordinates once your base is established so we can visit!

Feel free to create a page on the wiki featuring your base, and then add a link to the player base page as well. We also have a census where you can register your base planet officially with the group!

We try to host community events as often as possible. The No Man's Sky related events we've hosted in the past are listed below in the Events section. We like to encourage participation from all our members so we can all have a good time with the games we love, and we're looking forward to all the ways No Man's Sky Next will change the game with multiplayer. Hope you'll join us. 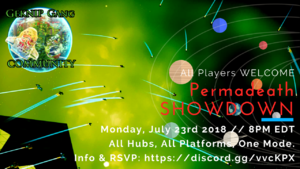 With No Man's Sky NEXT on the horizon and the era of the Atlas is on the way out, The Geknip Gang celebrated with one last Permadeath Showdown. The match was a race to the Atlas Interfaces with multiple contestants competing to see who could follow the Atlas Path the farthest and the fastest within the 2 hour time limit. 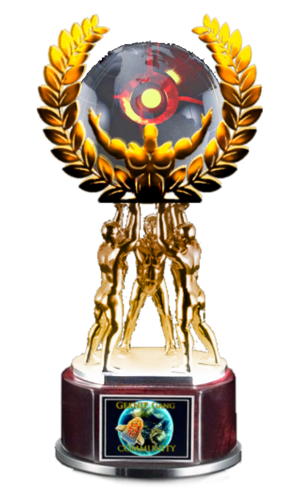 The Atlas Wars Permadeath Cage Match Tournament took place between September 14th, 2017 and February 16th 2018. Operating on a revised set of rules from the first Permadeath Cage Match Tournament, contestants old and new squared off once more to see who could survive the longest in new permadeath saves. Details about the rules and matchups are in the Geknip Gang Discord Server. Matches were broadcast from the Geknip Gang Community Channel on YouTube. 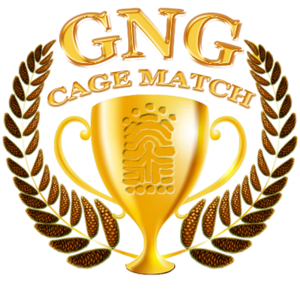 The first ever Geknip Gang Community Permadeath Cage Match Tournament took place between July 9 and July 29th, 2017. Two players face off in a fresh permadeath save and compete to see who can survive the longest and earn the most points for various in-game achievements. Four matches in the first round will determine who goes on to the second round, and then to the finals! Details about the rules and matchups are in the Geknip Gang Discord Server. Matches were broadcast from the Geknip Gang Community Channel on YouTube. 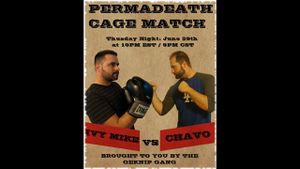 This is how it all started. One fateful night, Ivy Mike and Chavo decided to see who could survive the longest in No Man's Sky Permadeath mode. The rest, as they say, is history. Re-live the match that started it all with these two contenders.

The cage matches were the brainchild of both opponents and went on to inspire the Geknip Gang Permadeath Cage Match Tournaments that followed.

This match was re-broadcast from the Geknip Gang Community Channel on YouTube.