GenBra: EPIC Euclid is a Company Branch dedicated to the Empire of Pirates and Independent Cartels (EPIC) civilization located in the Euclid galaxy, all based in No Man's Sky. This page provides documentation specific to EPIC for GenBra Space Corp.

Headquartered in the Bonesenk Cloud region of the Euclid galaxy. 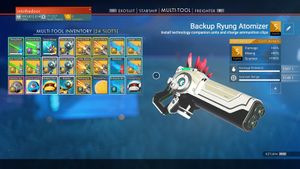 This is a Legacy game save and one which is current today. I began this game in late 2017 in preparation of being able to fully enjoy Euclid activities, most notably the first Unification Day'. It was in the early days that I met Captain Slade who created the EPIC civilization and I quickly feel in love with the pirate life. Now the type of pirates I am talking about are the yo ho ho and a bottle of rum type and not the kind that would steal your kittens. Fun and entertaining, EPIC has grown over time and now is as entertaining as ever. Much of the communication and discovery information is located on their Amino App channel, so I have aided in getting some of that info over to the gamepedia wiki. EPIC has aligned themselves with much of the others who are way out on the fringe of the Delta Quadrant, and combined they call themselves the Free Delta Initiative or FDI. The FDI has been hard to document because they aren't exactly a civilization or a traditional alliance, so current wiki information is scarce and not current. Another big player in the Delta quad and FDI is the civilization Cafe 42 which is a rather wonderfully large group filled with all sorts of game play and styles. This connection was important as Cafe 42 assisted the GenBra Branch Great Galactic Travellers thru multiple galaxies on our way to and past galaxy 42. 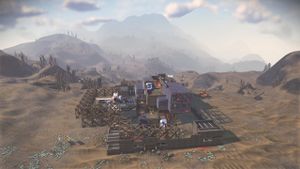 PvP Prep Base officially restored and playable for this game Branch

EPIC Pirates of the Delta