Gonmout is a star system in No Man's Sky.

Gonmout is a star system in the No Man's Sky universe.

This system was the host of weekend mission 27. 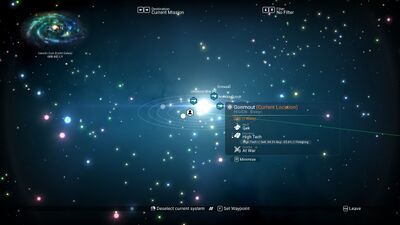 An A-24 Class Shock Charger Mark IV Rifle and an A-class Pistol Multi-tools are available from the Space station.