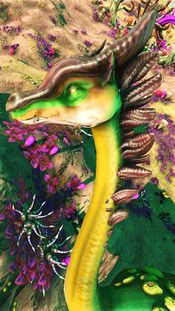 [HUB1-A9] Dabindarf III is a star system in the No Man's Sky universe.

September 2017 by Interloper Kildynn on PS4.

Although technically located in the upper "cloud" sub-region of the Shungka Void, this system is in one of the lower parts of the cloud, where it dips down and is roughly level (on the Y-axis) with TopOfTheTree2.

From TopOfTheTree2, you would turn roughly 90 degrees left when facing the Center. The nearest regions are the Marmor Spur (HUB8) and Ooksten Terminus (HUB9). This system can be found about 180-190ly from the border of the Marmor Spur.

Most surrounding stars are Yellow, but this system can be found 47ly from HUB1-103 Tinevenit and also 47 ly away from the Uningl system, both Green stars. It is 33 ly away from HUB1-X-D2 Kadmos, the nearest blue star. The nearest red star is HUB1-EC Naturkeb, at 43 ly.

When using the Economy Scanner, this system shows as red, and is above a cluster of light blue and green colored systems.