Sister Seas is a star system in No Man's Sky]

Sister Seas is a star system in the No Man's Sky universe, named for its twin ocean worlds Pacifica and Atlantica, each with twin moons.

Every system’s space crystals always provide the same type of material within that system. This system's crystals have not yet been sampled. 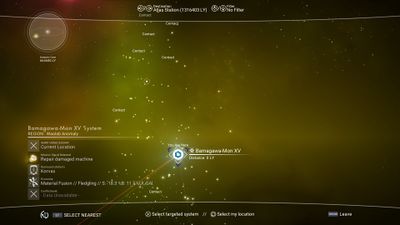 Sister Seas is a hermit star in the border expanse between the Waolab Anomaly and the Shungka Void. It should be easy to spot as a lonely blue star hanging out in the void across from the middle tiers of the tree. Use the above image as a guide.