Tyrant Delta is a star system.

Tyrant Delta is a star system in the universe of No Man's Sky universe.

It is located in the Eyrint Fringe of the Euclid galaxy.

Every system’s space crystals always provide the same type of material within that system. This system provides Aluminium.

Image of Tyrant Delta, marked by the waypoint in the bottom-left, in Eyrint Fringe. The Atlas Station at [HUB1-7A] Argos Rho in Shungka Void is lined up with the Galactic Core as a reference point. 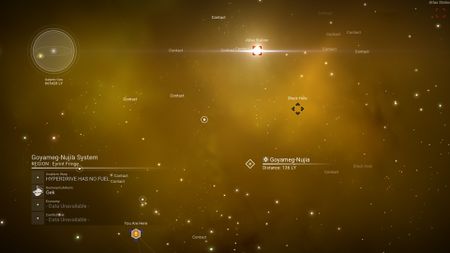