Alpha Quadrant as shown in the Galactic Map. 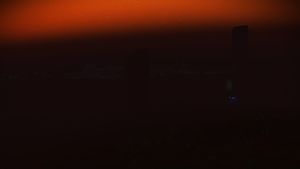 An unusual quality of the system is decreased ambient light, leading planets to become nearly pitch-black at certain times of night. 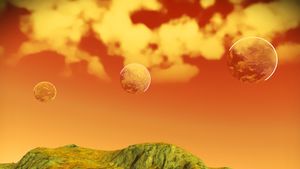 Cardassia Prime, Breen, and Ferenginar as viewed from the surface of Tzenketh.

[HUB7-G-119] Alpha Quadrant is a star system in the universe of No Man's Sky.

The system boasts five fauna-present planets, one being lush and all possessing unique characteristics. These include rare and unusual fauna, giant fungi, unique geological structures, Murrine, and Vortex Cubes.

This red star system is easily located due to its position on the lowest outskirts of Kogii'ithip, as well as its isolation from surrounding star systems, being over 50 light-years from the nearest star. It hovers 100 light-years above the Yigianguri Terminus. The system is also plotted in the HMS.

The system's name is a reference to the Alpha Quadrant of the Star Trek universe, and likewise, each planet in the system is named for a planet present in said region with matching characteristics. This system is not to be confused with the galactic quadrant in the No Man's Sky universe, Alpha Quadrant. 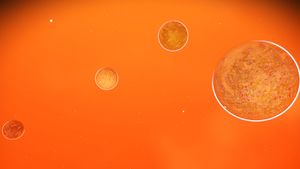