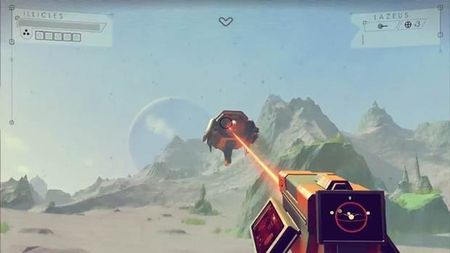 Handheld Laser is one of the Multi-tools in No Man's Sky.

The Handheld Laser, which is a part of the multi-tool, was first seen during a gameplay reveal on Illicles. Since then, it has been widely speculated to be the primary weapon of No Man's Sky, though the developers have been relatively tight-lipped concerning the weapon. It has also been suggested as a mining tool, though there is little evidence to back up this claim.

The laser option of the multi-tool is known as LAZEUS.