Hemiti Q35 is a planet in the Qitand-Tus star system in the No Man's Sky universe.

It is home to the government and capital base of The Qitanian Empire.

With the Beyond update, the planet's name was reverted to its default name "Hemiti Q35" on PS4 normal mode and uploaded by a fellow traveler. 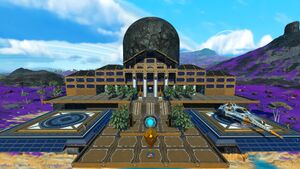 Video Tour of the capital base by BlackSun Gaming, October 2019: 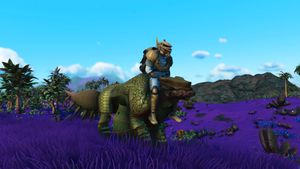 Over the years and updates, Hemiti Q35 has changed its appearance. This section will be updated whenever significant visual changes occur.