Her Majesty's Empire of Sol

Her Majesty's Empire of Sol or Sol Empire is a loosely collected band of systems based out of the Loysteraatwi System in the Nobomedeye Terminus.

Once awoken on a foreign, alien planet. The Great Prophet willed the reparations of her starship; the same starship found on Eissisin, the Homeworld of the Great Prophet and her many loyal followers.

After following the Path of the Atlas, the Prophet began searching for the Warped Sun. After countless years of searching, the Loysteraatwi system held promise. It's numerous (6) planets and (3) moons seemed bleak. Acid, Radioactivity, Inferno, and High Security posed a mighty foil to the Prophet. At last, in the far reaches of the system, hidden from sight by it's volatile sisters, was the planet of Eissisin, the current home of the Prophet, and the Capital of Her empire.

The pilgrimage to the planet is not for the faint of heart; being isolated from any nearby systems, it was chosen for it's remote location. It was only discovered by chance after a Black Hole delivered the Prophet to the Land of the Purple Sun. Eissisin is a waterworld, covered in red soil with red wavy grass. It's trees are bountiful, forests dot the planet's numerous islands. Though the Fauna is barren, Flora is abundant, the world more than enough sustains its populace. Most notable for it's cavernous oceans and unique floating islands, which are believed to be held to the heavens by her presence.

The Empire is ever-expanding, it's influence swallowing system after system, Her scouts sent forth in search of the prophecized Galactic Hub. Once Her word was spread, the worlds bent the knee to Eissisin, falling under the fold, their denizens seeing the Purple Sun's light.

This is some general information provided by the Council of Sol.

In the early years of what is now known as the Sol Empire, this band of followers had no name. The Empire found it's identity through it's religious manuscripts, a prophecized Purple Sun. Once found, the followers named their civilization after it, Sol. Due to their leader, the Empress, it is formally called Her Majesty's Empire of Sol.

A person of the Sol Empire is called either a "Soliolan" or an "Eissisinian" depending on their birthworld. 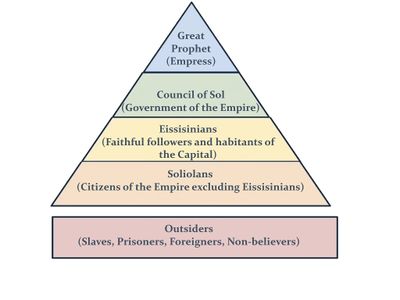 The Empire is lead by the all-powerful Great Prophet, residing on her homeworld and capital of her Empire, Eissisin. Though called an Empire, Her people consider themselves an Autarchy. Her light showed them the path to individualism; abolishing Government was the first step to immortalization among the stars. Almost in a trance, Her people followed her and her polices, her beliefs, and her ways.

A Social Caste System takes a large part in the society among the Empire.

A history of the empire can be found on the Her Majesty's Empire of Sol - History page. 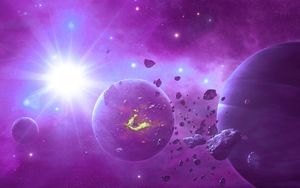 The Purple Sun and a few of it's planets.

The Sol Empire is home to many different religions. In the early life of the Empire a faction called the Skai'kil reached enlightenment, founding the Cult of the Warped Sun. The Cult is the main religion of today's Sol Empire, though it is not the only one existing in the Empire. The Cult worships a Sun, the Warped Sun, as seen by it's name. The Warped Sun is a supposed "Purple Sun" (not to be confused with the Purple Light a Sun emits, that comes in elsewhere). A Purple Sun is another class system for stars, it is the much coveted System of the Sol Empire. Ancient manuscripts say that the Warped Sun is not a complete star, The Warped Sun is a so-called "Intermediate Polar" in scientific terms. The system contains a white dwarf, and a secondary star that the dwarf drains energy from. It is unknown whether this type of system can hold a stable orbit with planets.

The system is said to contain 3 Garden World planets, with 3 barren planets. On the third planet lays a monolith, which once activated, fires a beam of light into the sky. This "beam" is a beacon for all lifeforms of the Galaxy. It is said to control all lifeforms, at the time of activation lifeforms will begin a Convergence type event as they will begin a pilgrimage to the system. It is said to give the person who activates the beacon ultimate power over the controlled lifeforms. Though, their is another book, written by the final Skai'kil, this book has been hidden from the public. It contains a single page, a prophecy, that foretells the end of the Galaxy.

This prophecy was written by the final Skai'kil born of Iskva. the false Prophet. Their name unknown, was the last Skai'kil with Seer's Sight, a power gifted upon those who gave their life to the Cult by the True Prophet, to see the Warped Sun's light. This final book, hidden away from the Galaxy, contains a single page. It says that once the beacon has been activated, and the Prophet has been given complete control over complex life of the Galaxy, they will carry out the Cleansing. The cleansing comes in three stages: Implementation, Identification, Imbalment. The first stage is the activation of the beacon in all intelligent lifeforms, and the beginning of a Convergence type event. These lifeforms will make a pilgrimage to the Warped Sun, or die trying. Once these lifeforms have reached the 3rd, catalog and identification will occur, where all lifeforms are accounted for. The Imbalment stage is the end of all life in the Galaxy. A suicide enzyme is activated within every organisms bodily systems that attacks and destroys the cells of the lifeform. This is the final stage, and will begin the Galaxy anew, a rebirth if you will. This is the duty of the Great Prophet, and of the Sol Empire. In the eyes of the Prophet, the Empire is a means to meet this end.

The Purple Scouts are not only the explorers of the Empire, but the Great Searchers of the Warped Sun. Becoming one of the Prophet's Scouts is a lifelong duty. Death is only granted by the Prophet once the Sun has been discovered. Her Scout's have been with her since the beginning, they scour every inch of the Galaxy in search of the Sun. Though, they've much to go. It is their duty to be the ones who bring judgement to the lifeforms of the Galaxy.

The Great Prophet, or Empress, of the Sol Empire is the head-of-church of the Cult, with her Council of Sol also holding a position of higher theological power.

The Sol Empire lays claim to over 160 systems in it's immediate area of space. The area has been known to be spherical in shape, radiating outwards from Loysteraatwi. Discovered systems are listed here.

The most recent acquisition of system was made 21 May 2017. 22 systems were assimilated, further exploration is required.

TBE = To Be Explored

Domain still being explored and charted. 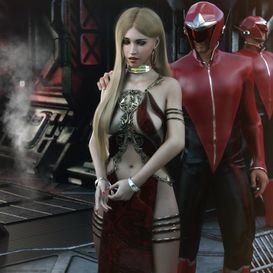 The Empress and her Royal Guard

The Empress, or the Great Prophet, is the sole higher authority of the Sol Empire. Though she has near complete control over the Soliolan Government, she resides alongside her trustworthy Council of Sol. A very secretive council, only seen once every Quarter-Sol, the Council supposedly serves for life, although none remember there being a change. The Council makes most executive decisions of the government, on the rare occasion that the Empress does make a decision, she runs it through the Council and, eventually, the Tribunes. The Empress is of an unknown age, seemingly older than the Empire, having awoken on a mysterious desert planet and began the pilgrimage to Eissisin, over 1825 Sol's ago (7.3 Quarter-Sol's). It is accepted by many that the Empress comes from The Beyond, the space where no light reaches, the endless dark expanse beyond the Galaxy. 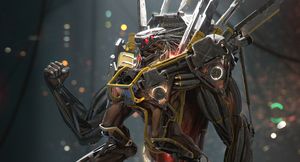 The Ambassador, a Necromancer who lives in a Tower in the far reaches of Loysteraatwi, is the sole representative of the Sol Empire in the Federation. Almost nothing is known about this person, only their dealings with the Empire and their job in the government. Not even the location of their "Tower" is known. Rumours have been spread about the man's meddling in the dead, going as far as being able to resurrect dead organisms, if so, this would explain their immortality as they would attain the power to perform the ability on themselves, regenerating cells as fast as they die, gaining biological immortality. Through the little government documents transcribed about the Ambassador, he is almost half-machine, aided by an A.I. to keep his mortal self "alive".

The Council of Sol is the main governing body of the Sol Empire. Their power is given directly from the Empress, she trusts in them to run her Empire. The Council meets on the Eighth-Sol of every Quarter-Sol, only seen in public on every Fouth-Sol. Coincidentally, this almost always falls on Judicii, a holiday celebrating the arrival of the Prophet on Eissisin. A large parade is held on the Capital-world, the event is celebrated Empire-wide and attracts many tourists for it's unique display of Soliolan culture. Not much is entirely known about the Council, they produce a certain set of documents every Quarter pertaining to everything done in the quarter and what can be expected for the next.

On Sol 1825 of the Empire's existence, a Census published by an unknown third party estimated the Empire's population to be around 427,000,000,000. An exact estimate would be too hard to produce without extensive federal aid, which would become too costly and require too much time to prove much use. The Empire spans many systems, some worlds not even advanced enough to realize the Empire's dominion over them. Over the past Quarter-Sol the Empire's population nearly quadrupled, this can be somewhat attributed to advancements in medicine and distribution of existing medicine to the Empiric Rim-worlds. Due to lack of information, it is unknown what position the Empire holds in the Galaxy.