From No Man's Sky Wiki
(Redirected from Hydroponics Tray)
Jump to: navigation, search
The subject of this article is from the Beyond update.
The information from this article is up-to-date as of 27 November, 2019.

Hydroponic Tray is an item used in indoor farming. 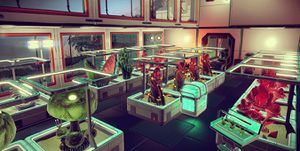 This item provides a growing platform for indoor farming in a base or on a freighter. It is a required item for those plants that can only be grown indoors.

There is a quad version of this technology called the Large Hydroponic Tray that can be placed in the centre of large Cuboid Rooms.

A self-contained growth system for the indoor cultivation of agricultural crops. Build requirement: must be placed indoors. 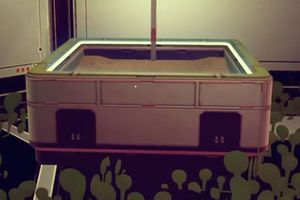 Hydroponic Tray can be built using a blueprint and the following ingredients: