Midgard is a moon in No Man's Sky.

Midgard is a moon in the star system Valhalla on the (PS4) version of No Man's Sky universe.

It serves as the portal system for The New Hub Order; maintained by GenBra Space Corp.

This Lush moon of 'The Gates of Valhalla' is a nice sample of the beauty of Budullangr. 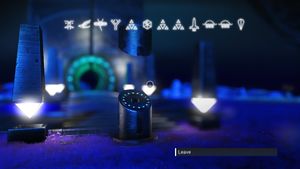 This Portal serves as the Port into The New Hub Order and the Core of Budullangr; move in and move out quickly, there are more coming. Think of it as a Highway. There are a several Habitable Bases, so if one is taken, go to the next one (since it's a moon travel time isn't that bad). There is no fear of 'Over-writing' someone's base as these are only temporary.