Mt. Lampropeltis is the tallest mountain discovered on the planet GreenNFauna/Bunsen in the HUB-V-15D TopOfTheTree system. The highest point on the mountain, Kingsnake Peak, rises slightly above cloud level. The peak is marked by several Communications Stations. The mountain is situated between two small outposts, Moccasin Flats and Copperhead Outpost. The plateau near the top is well above the altitude the native wraith species, Flying Fish, inhabits, and travelers may expect to pass through schools of them while ascending or descending. Many commercial spacecraft can be viewed flying at lower altitudes as well.

Mt. Lampropeltis is a shield volcano, with gently rising slopes extending as far as 4:00 away from the center. The highest point, Kingsnake Peak, appears to be an exposed cinder cone, suggesting that no significant geothermal activity is still occurring at the site. Mt. Lampropeltis is part of a chain of stratovolcanos nearby, including Mt. Cottonmouth, Mt. Lancehead, and Mt. Jararacussu. 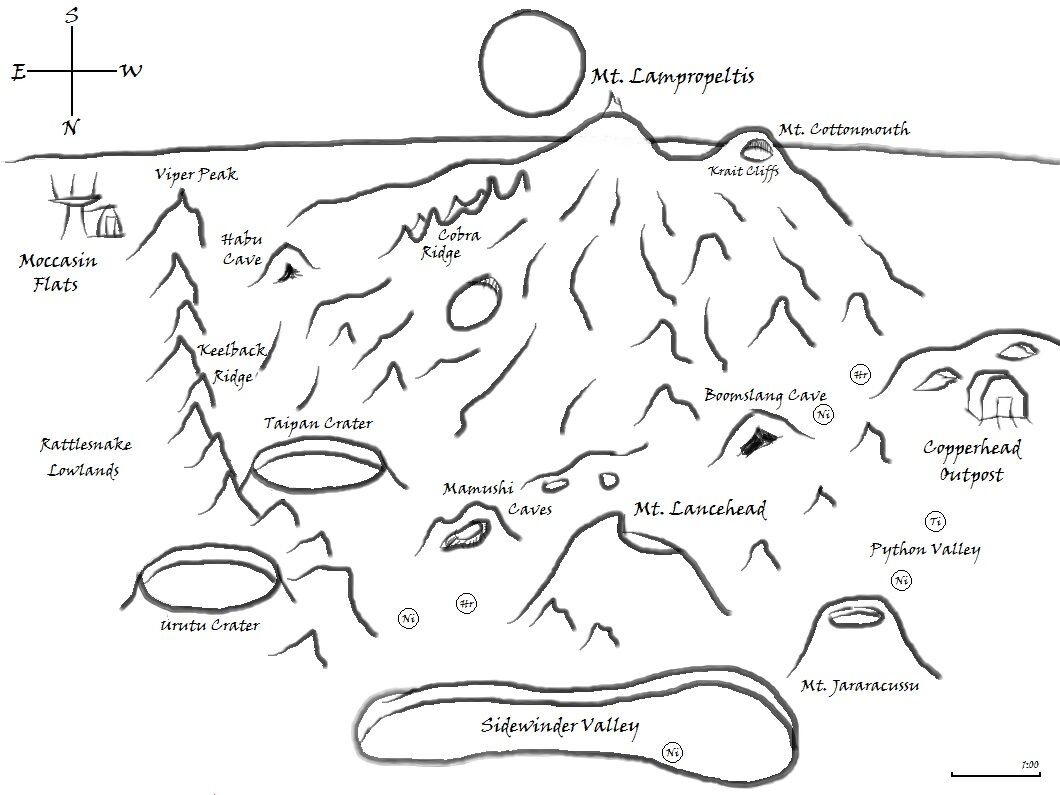