NHO Euclid Glyph Path is a collection of systems with documented Travellers.

NOTE: This page is no longer helpful in the current version of the game. This is only for historic purposes.

To gain all Glyphs for the players in the Euclid galaxy.

wiki contact: Top of the Galaxy Hub
Created by the TOG (Top of the Galaxy) group in Euclid, these geniuses found 14 glyphs on one planet. They worked together and created a brilliant map which makes much of the NHO Euclid Glyph Path obsolete. However, you will need two glyphs to get to the TOG location so looking at the next section of this guide can help.

Artemis' Grave, the first you meet

Reddit group NMS_FirstGlyph_Hub is active in these regions at the Center of Euclid. Their research has discovered a great number of Travellers and their glyphs in this area. Each system requires a full Base Portal Jump (outlined below), and will get you approx 5500LY away from the Center of the Euclid Galaxy. All players are encouraged to go to the Reddit Hub for assistance or to just say hello.

The documenting of these systems is to specifically to construct a Path or Map for players to obtain glyphs from start to finish.

This is how you get to the Center

Each Portal Error will require a full base portal transfer. Systems marked as DEAD END do not have a Habitable Base to Transfer to. 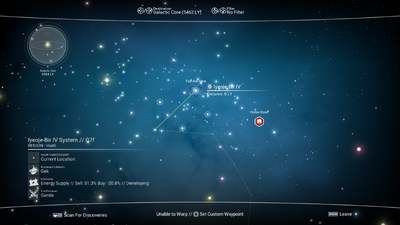 Reddit Resuts: Post info for GHub Glyphs: However you need the 14th Glyph D to reach GHub space. Considering for the end of the Path.
GHub INFO: Travellers and Glyphs in the Galactic Hub