The New Hub Order officially occupies several Core regions on the border of the Delta and Gamma Quadrants. It's a wild space that we are working on taming (it's kinda nice wild too). Valhalla is our center, from there the surrounding regions are becoming civilized. 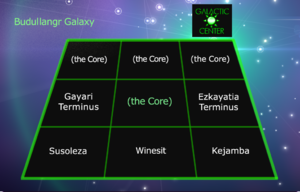 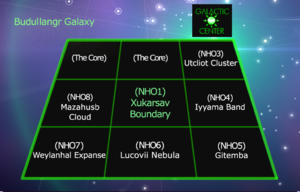 Main Regions, with the Xukarsav Boundary at Center. 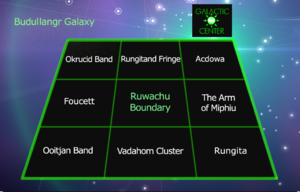 This is a second New Hub Order trail which is in-development. These Regions all touch the Center Core Space, this trail goes completly around the Core both around it (Horizontally) and around it Under and Over (Vertically).