This page features fan fiction Olympics in No Man's Sky. 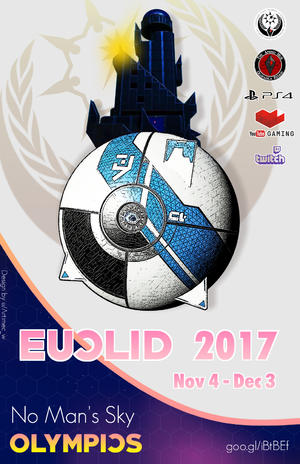 The No Man's Sky Olympics a.k.a Euclid Intergalactic Olympics was presented and hosted by the Amino Hub. It was created as a multiplayer event by the Amino Hub Ambassador SpaceArtGek aka SodaconRocks as an idea for the United Federation of Travelers to compete under their civilization emblems[1].

The event featured a variety of live streams on Twitch/Youtube between November 4th and December 3rd 2017. Athletes gathered in the region of the Ocopad Conflux where it was hosted at various systems near the Pilgrim Star.

The slogan for of games was Community, Adventure, Discovery". Every event featured packed streams and players competing in different challenges on the PS4 platform in all 3 game modes. The 2nd Annual 2018 Olympics will be held August 4th through September 2nd hosted by the Amino Hub in collaboration with the NMS ICC at various locations and galaxies.

There are many others who contributed in the success of this event and took part in the games, creating live streams and building bases at the Amino Hub and providing ideas and feedback.

To help prepare and travel to the games, players had the following options:

Additional prizes and pins are currently being considered and prepared before the start of the games. ETA on pin delivery is mid February.

The Galactic Champions are now forever enshrined in the following tables. 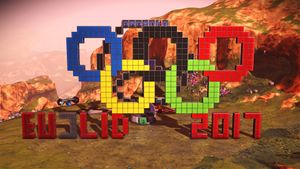 Olympic Base at Treetop created by Normi 1701

The Olympic Schedule is set. Please refer back often in case of unforeseen circumstances or changes to events 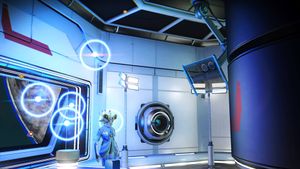 The Opening Ceremony at Amino Prime 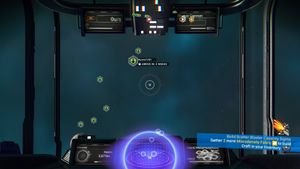 The Race Around Amino Prime. This was the first recorded solar system race in No Man's Sky 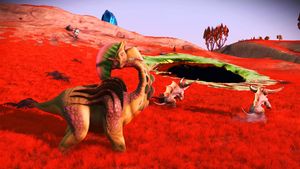 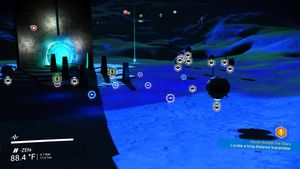 The athletes gather at the start of the Portal Relay Race

The team/individual with the fastest time wins. 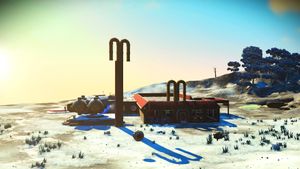 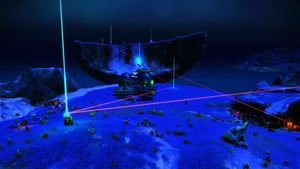 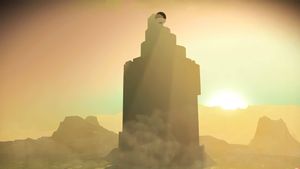 Players 1. Locate a lore fragment 2. Extreme Survival 3. Brief Creature Hunt (Lore fragment provides which) 4. Locate the hidden Dark Tower locations provided in fragment 5. Complete by racing nomads at the Dark Tower in creative mode. We've had to remove the portal glyph for this event as we discovered it was bugged and would send travelers to random Ocopad systems. Please navigate using coordinates and look for Mid World Katet Outpost system at the top of Ocopad just below the Luhalbanay region. Ranger has created the following video to help players find their way to the dark tower from our capital system Amino Prime: https://www.youtube.com/watch?v==kyLFewrcE2k 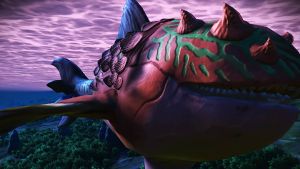 Description: Each match is timed at 10 minutes. Two or more players enter in the same Shark infested pool on the planet Land o Lakes with limits and rules:

This event is a 4 minutes and 17 second exocraft ride from the portal or a 15 minute walk. There will be two lakes available for the competition on the planet Land o Lakes. One of the lakes has 2 sharks and the other has 3. 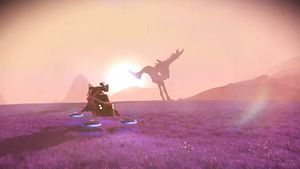 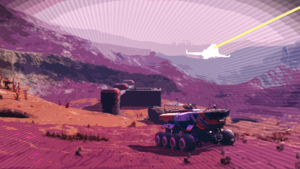 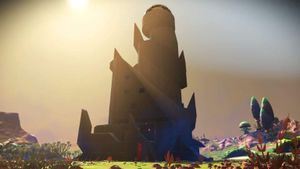 Players locate a lore fragment on the planet and undertake extreme survival and a creature hunt, followed by a crafting exercise at the Dark Tower. Although we tried to provide them glyphs are not available for this system due to a bug. Please navigate using coordinates and look for Mid World Katet Outpost system at the top of Ocopad just below the Luhalbanay region. Ranger has created the following video to help players find their way to the dark tower from our capital system Amino Prime: https://www.youtube.com/watch?v==kyLFewrcE2k 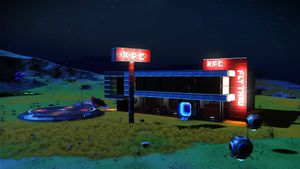 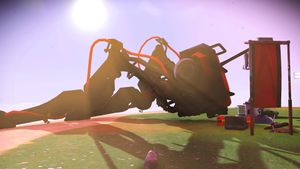 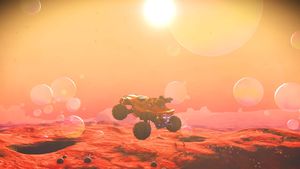 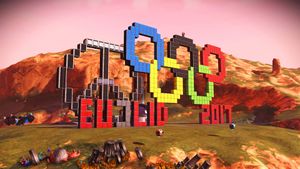